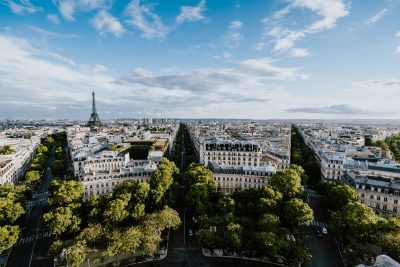 Today we’re announcing our official launch into the French market. Through 3D Hubs, engineers in France can now securely source custom parts from a global network of partners.

At the same time, we’re thrilled to share that Paris-based investment firm Future Shape, led by Tony Fadell - the inventor of the iPod, co-inventor of the iPhone and founder of Nest - is backing 3D Hubs.

As a long-term advocate for 3D Hubs, Tony is betting on 3D Hubs to change the way French engineers make their parts:

"3D Hubs would have been an essential resource when we were building the iPod, the iPhone, and Nest. Instead of waiting weeks to get back models and prototypes, now with 3D Hubs' crucial online prototyping and manufacturing platform, engineers and designers can turn ideas into objects in only a few days, with precision 3D printed, CNC'd, or injection molded parts, and even move straight into volume manufacturing."

With these two forces together, we’re aiming high. Before the end of 2020, our goal is to produce at least 1 million parts for French companies.

We’re offering French engineers a secure and reliable way to upload their designs, instantly receive quotes, and automatically start production - all at the click of a button.

This added efficiency in the supply chain won’t only strengthen SMBs and enterprises throughout France, but will also help to modernize the manufacturing opportunities across the country. Decreasing lead time from a few months to a couple of weeks.

Our platform means French manufacturing companies no longer have to deal with manufacturing queues and don’t have to rely on a limited pool of suppliers. Instead, they gain access to a vetted network of suppliers across the world.

On a grand scale, French engineers can now bring products to market quicker, generate revenue faster, and ultimately give the manufacturing industry in France a global competitive edge.

A new era for manufacturing

As 3D Hubs expands across different geographies, we’re excited to see our vision come into reality. World-class innovators like NASA, Toyota, ABB, and the 35,000+ companies we work with, can create revolutionary products without being slowed down by sourcing.

Thanks to our manufacturability algorithms (which Forbes recently compared to the strategic importance of Google’s search algorithm), companies around the globe have made the platform an integrated part of their sourcing process for rapid prototyping and low-volume production runs.

It’s humbling to see our parts in satellites up in space, in prosthetics which help amputees walk again, and inside drones that are saving entire forests. Faster innovation is how we can solve some of the world’s most critical problems and make the most exciting explorations.

Upload your parts on our new French site 3dhubs.fr to receive an instant quote.